The Tale of Two Bathhouse Civilization

Thermae Romae Novae is the story of Lucius Modestus, an architect in ancient Rome. His specialty is in building public bathhouses (Thermae), just like his father and grandfather before him. For the Romans, public bathhouses are a crucial place where they can both cleanse their body while socializing with other people from all walks of life. However, they have been rather bored with the conventional bathhouses and they want something new and unique.

While feeling frustrated due to his inability to come up with an original design that the people will like, Lucius decided to calm himself in one of the oldest bathhouses in town. While bathing, he noticed a big gaping hole at the bottom of the pool. When he tries to inspect the hole, a huge current suddenly comes and sucks him into the hole.

When he comes to, Lucius finds himself in a public bathhouse in modern-day Japan. Needless to say, he didn’t know about this fact at the time. All he knows is the fact that these strange people have a very different yet advanced bathing culture. He looks around with fascination for every little thing in the bathhouse. When he is suddenly transported back to ancient Rome, he uses this bizarre experience to build a bathhouse, unlike anything that the Roman people have ever seen before. Thus begins the story of Lucius Modestus, the most innovative Thermae architect in ancient Rome.

Why You Should Watch Thermae Romae Novae 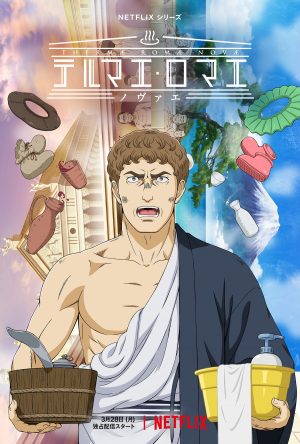 1. A Wholesome Story In A Super Niche Topic

It’s always fascinating to hear about somebody’s deep and personal interest in very niche stuff that most people won’t even think about. That is what it feels like watching Thermae Romae. And as far as stories go, you won’t get any more niche than a topic about the difference in public bathhouse designs and cultures between ancient Rome and modern-day Japan. It is so niched that you won’t even be surprised if you find that topic as a title of a thissis.

It’s already interesting enough if the anime spends its running time simply talking about that topic. But to add a wholesome story on top of it is just a beautiful cherry on top. Sure, this topic might not be everybody’s cup of tea. But in a time filled with stories about a man who is transported into a fantasy world to be a hero who defeats the demon king, watching an architect from ancient Rome feeling so excited over Japan’s outdoor hot springs is such a heartwarming and much-needed novelty .

Lucius Modestus’ random time jumps into modern-day Japan are already interesting enough to entice curious viewers to click and watch this anime. But the studio decided to add more value to the series by adding a short documentary about Japanese hot springs at the end of every episode.

As the title suggests, Mari Yamazaki’s Hot Spring Pilgrimage is a super short documentary where the author of Thermae Romae travels to numerous famous hot springs in Japan and sees all kinds of unique and interesting concepts and customs.

It is such a unique and original idea that makes the series so much more enjoyable to watch. Every episode already treats the viewers with a wholesome story and valuable insight into the public bathhouses in those two different timelines. Adding these bits of trivia at the end is truly a wonderful bonus for the viewers.

Why You Should Skip Thermae Romae Novae

If Thermae Romae Novae comes on top in terms of theme and storytelling, the one area that it falls a bit short is the animation style. Studio NAZ decided to use a hybrid of conventional animation and CGI for this series. Though there’s generally nothing wrong with choosing CGI to create anime, there are parts in this series where you can clearly see the awkward movement of a CGI model.

This is especially true for the majority of the nameless characters who walk around in the background of every scene. There is a stiffness in how they move that makes it clear that they are a CGI model. This kind of thing won’t happen in the overwhelming majority of anime that use conventional animation techniques.

Another odd direction that the studio, or maybe the director, takes is the tinted lens. Throughout the series, we see the animation through some sort of sepia filter that makes everything looks orange/brownish. Maybe it is there to make the scenes look warmer, but more often than not, it is just a distraction to what actually happens on the screen.

Other than the first episode, every episode in Thermae Romae tells the story of how Lucius finds a new problem for his bathhouse, and not long after, he is accidentally transported into modern-day Japan where he will find the solution to his problems. As you might expect, he will certainly implement those solutions to his new bathhouse design by the end of the episode.

This is not only a repetition that is happening throughout the season, but it is an obvious example of using a formula to tell a story. After watching Thermae Romae for a couple of episodes, you will know what to expect for the next one.

There’s nothing wrong with an episodic story like this, but it would be much better if there is at least a common narrative thread that not only links one to the next but also somewhat moves the story forward little by little. 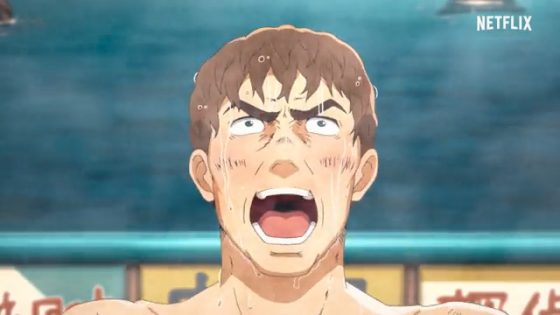 Thermae Romae Novae is a wholesome anime that offers valuable insight into a very fascinating topic. The shortcomings that are mentioned above are something that is born out of personal preference, rather than an absolute verdict that has to be followed by every potential viewer. On the contrary, you should definitely give this series a try, because there are so many good things that you can get from it.

Have you watched Thermae Romae Novae on Netflix? If you have, what do you think about it? Share your viewing experience in the comment section below.

Harry is a manga addict first and freelance writer second. While he hasn’t read every manga under the sun, he has read an unhealthy amount of Shounen and Seinen manga. When he’s not writing in Honey’s Anime, you can find him in his personal blog: MangaDigest.com.