I really wanted this list to include at least one example of smutty romance for women, but the market for female-oriented light novels in English is still pretty “clean” at the moment… except for Beast † Blood. It starts with an attempted rape scene and doesn’t lighten up from there, telling a dark sci-fi thriller story about drugs, crime, and fantasy racism. 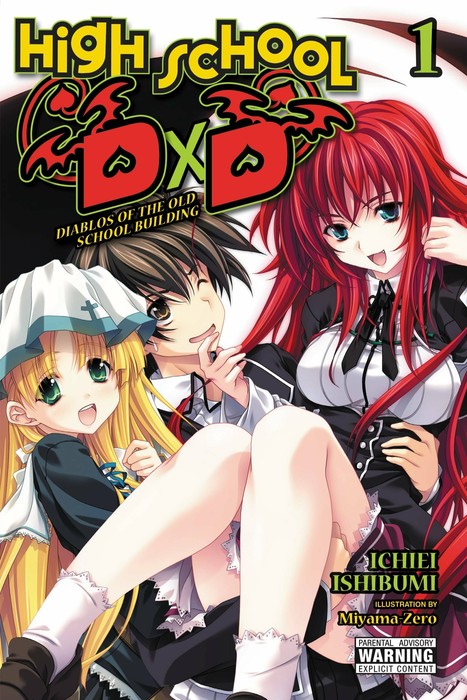 believe it or not, High School DxD is one of the tamer titles on this list. Despite the anime’s reputation for raunchiness, the novel counterpart shows significantly less boobs. One of the biggest frustrations around this series over the long term is that, despite the constantly escalating action, the sexual content doesn’t scale up proportionally. For all the teases and glimpses of nudity, Issei never gets more intimate with the girls.

However, that’s not to say that this series isn’t driven by horniness to the core. Issei’s sex drive is baked into his motivation, and so, too, is his fear of intimacy after his failed relationship with Yuma. For all the fantasy elements, it’s a relatable portrait of teenage male desires and insecurities. It also helps that the girls are both hot and likable as characters. There’s a good reason this series is regarded as the cream of the crop among ecchi-focused titles.

Mixed Bathing in Another Dimension 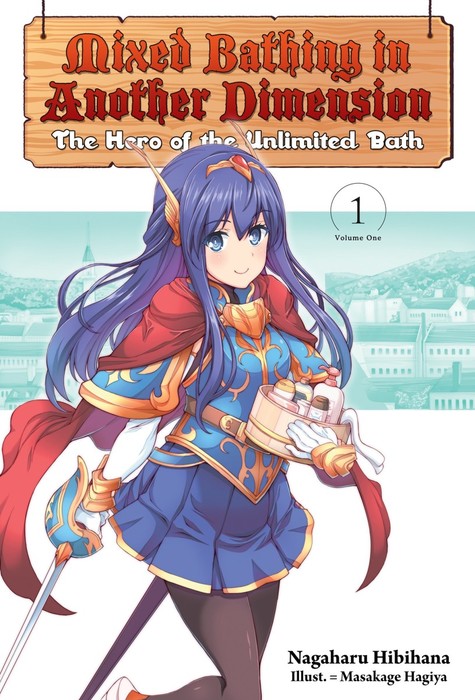 In the real world, mixed bathing onsens have a poor rep among young people and are in decline, but in a fantasy world setting, none of that cultural baggage matters. It all comes down to individual consent: Toya wants to get in the bath with girls, but only if they want to do it with him.

Despite its obscurity and stalled publication status, Mixed Bathing in Another Dimension was the first light novel I thought of for this list because the way it deals with sexual situations is genuinely charming. What really stands out about the bath scenes is the curiosity with which boys and girls compare each other’s bodies. There’s obviously a degree of arousal involved, but there’s something to be said for this kind of innocent fascination with other people’s bodies. It’s an aspect of physical intimacy that feels underrepresented in media.

JK Haru is a Sex Worker in Another World 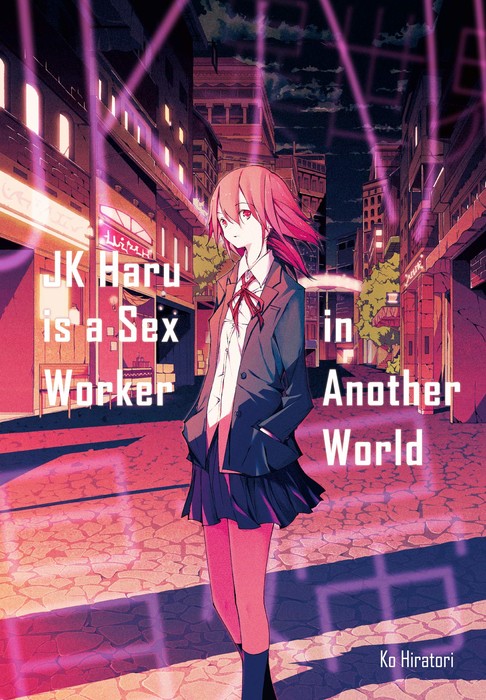 A bit of context around JK Haru‘s publication: the popular web novel site Shо̄setsuka ni Narо̄, where many of the so-called “isekai” novels spawned from, has two R-18 offshoot sites: Nocturne, which is for men, and Moonlight, for women. JK Haru was posted on Moonlight, but according to the author’s notes, it was written as a commentary on the male sex fantasies posted on Nocturne. The starting point of the novel was “How would a woman feel, being transplanted into a fantasy world that’s shallowly structured around male desires?”

The result is a surprisingly varied picture of the life of a sex worker and one of the most fascinating isekai narratives in general. Although there are scenarios that seem directly pulled from a rape fetish manga, JK Haru is also filled with moments of joy and female camaraderie. The characters spend just as much time outside the brothel as in it, living their fullest lives one day at a time. Even if it’s not a story about solving the evils of the world, it’s a deeply humbling experience to read. 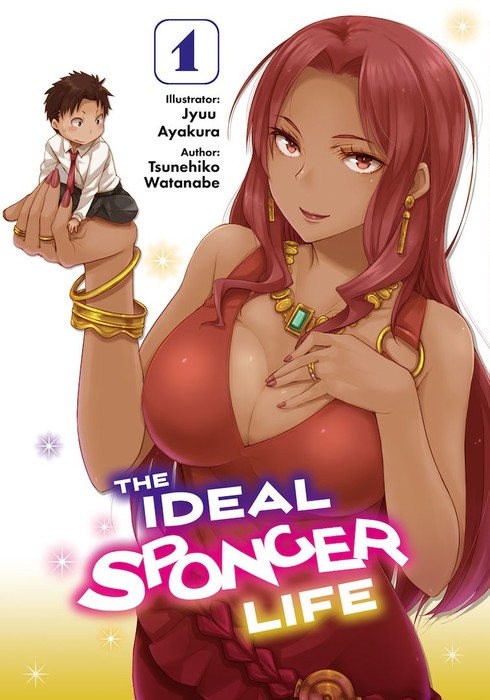 My Stepmom’s Daughter Is My Ex 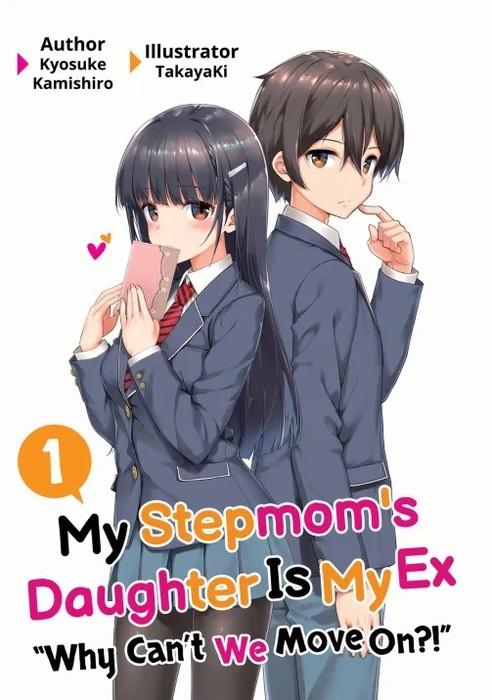 Arguably the tamest example on this list, My Stepmom’s Daughter Is My Ex is nothing like Domestic Girlfriend. The stepsiblings in this novel don’t have sex, and there’s no hot teacher in the house to complicate the drama either. But my gosh, the sexual tension is palpable. Because of their past history together, Mizuto and Yume have chemistry from the get-go, and some of the “will they or won’t they?” moments are genuinely spicy.

My Stepmom’s Daughter Is My Ex is particularly interesting because it switches POV between the two main characters. And between the two, the girl is definitely the hornier one, in spite of her desperate attempts to maintain a preppy image. Reading the ecchi shenanigans partly through Yume’s point of view also makes those scenes more titillating because the constant reminder of mutual attraction heightens the tension. And the way complicated feelings can linger even after the sexy situation is over makes the relationship feel all the more real.

No Game, No Life 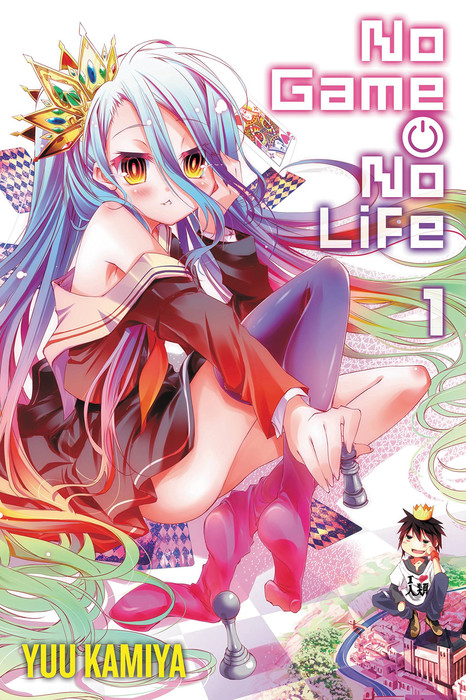 The emphasis of No Game, No Life is on games and thrills, but it can’t be denied that sexual situations make up a big part of the story, with every volume getting at least one color spread showing the girls buck naked. It’s risque enough for some volumes to get banned from Australia, in large part because of how prominent the prepubescent Shiro is in those illustrations.

I have mixed feelings about the lolicon aspect because the nudity is ridiculous fun in its narrative context. In No Game, No Lifehigh-stakes gambits are juxtaposed with bawdy fanservice, sometimes in the very same scene. An example of this which got adapted in the anime is the shiritori game with Jibril. The nudity is utterly memorable because the entire thing is a mind game; although the two characters are relaxed at this point, every word they utter is only one step removed from a frenetic rush towards death. Bonus points to Sora for having the foresight to censor out the nipples ahead of time.

Are You Okay With a Slightly Older Girlfriend? 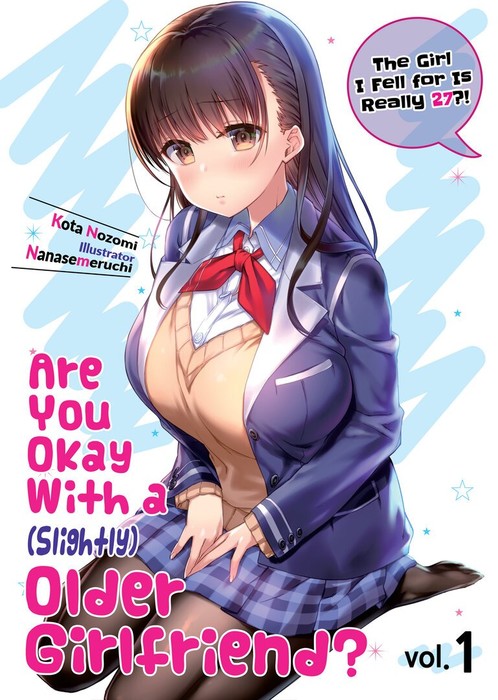 Another light novel with a risque theme, Are You Okay With a Slightly Older Girlfriend? tackles the taboo of age-gap relationships. In this case, it’s about the romance between a 27-year-old office worker lady and a 15-year-old high school boy. Just looking at those ages, you’d immediately assume this romance is cursed, but he helps in this case that it’s more com than rom at heart. The main characters get into a relationship early, and the rest of the series is more about navigating the inevitable shenanigans. 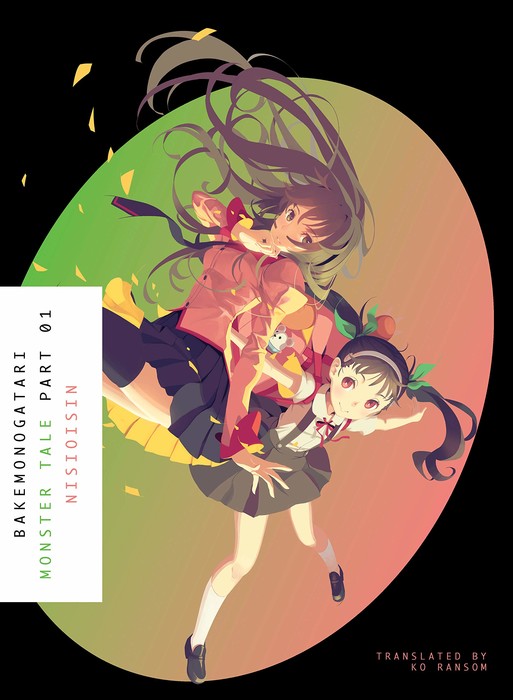 Monogatari is a perennial classic because it’s one of the smartest novels to talk so endlessly about sex and libido without ever getting to the point. Some scenes are iconic, like when Araragi spends several pages just describing Hanekawa’s panties in Kizumonogatarian experience that inspires profound thought in him.

I used to find this kind of pseudo-intellectual approach irritating, but nowadays, I can see the fun in winking to the reader like that. If sex is on a lot of people’s minds regardless of class or level of education, then it’s natural for it to become the subject of “smart person dumb jokes.” Most of the conversations in Monogatari are pure sophistry, but that’s kind of the point. Sex is really more of a vehicle of understanding the characters’ outlooks. 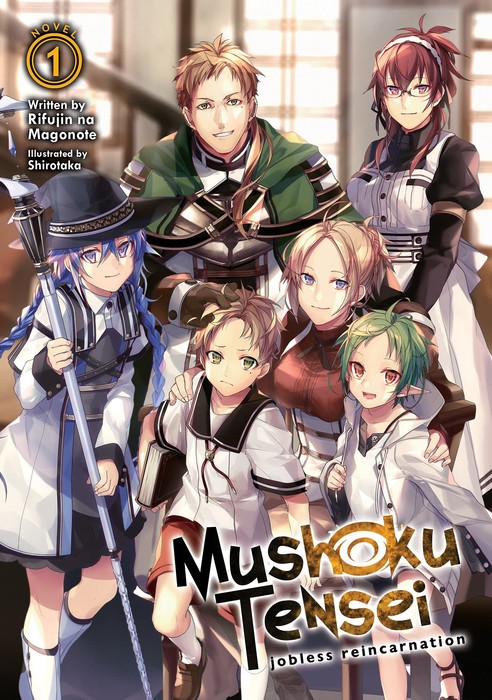 If you watched Mushoku Tensei‘s anime adaptations last year, you’ve probably made up your own mind about how Rudeus’s lolicon interests are portrayed in the early parts of the series. Although I have mixed feelings about the writing in those early days, when I look back on the series as a whole, I think sexuality is an indispensable part of the world. Almost every character, not just Rudeus, has a sexual side that is relevant to their motivations.

There’s a lot of talk about whether Mushoku Tensei is only an interesting fantasy series in spite of its focus on sex, but I can’t help but disagree—this series would be worse if it didn’t have sex as a sub theme. Besides making the individual characters feel like real people with real foibles, it represents a wide spectrum of sexual interests and kinks without overt moralizing, in a way that paints a complicated picture of humanity as a whole. Even if it’s not necessarily the approach I would want to see every story take, I appreciate that there is a story like this one out there.