Sentai to Unleash Fourth Season of “Is it Wrong to Try to Pick Up Girls in a Dungeon?” Summer 2022

Intrepid adventurer Bell Cranel has leveled up, but he can’t rest on his dungeoneering laurels just yet. The Hestia Familia still has a long way to go before it can stand toe-to-toe with the other Familias of Orario — but before Bell can set out on his next mission, reports of a brutal murder rock the adventuring community! One of Bell’s trusted allies stands accused of the horrible crime, and it’s up to Bell and his friends to clear their name and uncover a nefarious plot brewing in the dungeon’s dark depths.

The series will premiere on HIDIVE in Summer 2022 with a home video release to follow. 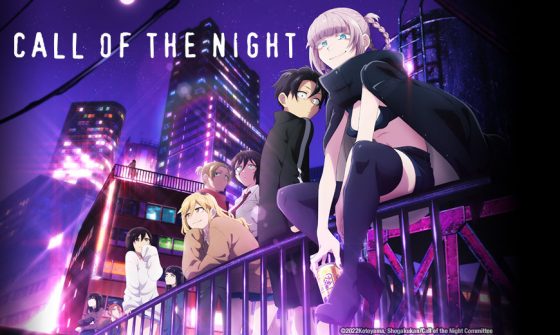 Sentai announced today that it acquired exclusive rights to Call of the Night, the highly anticipated anime adaptation of the popular vampire-themed shounen manga of the same name. The manga, written and illustrated by Kotoyama, is serialized in hit-making publisher Shogakukan’s Weekly Shonen Sunday magazine and has sold more than 2 million volumes. Sentai will stream the series exclusively on HIDIVE, its direct-to-consumer streaming service, to multiple countries across the globe beginning Summer 2022.

Wracked by insomnia and wanderlust, Ko Yamori is driven onto the moonlit streets every night in an aimless search for something he can’t seem to name. His nightly ritual is marked by purposeless introspection — until he meets Nazuna, who might just be a vampire! Ko’s new companion could offer him dark gifts and a vampire’s immortality. But there are conditions that must be met before Ko can sink his teeth into vampirism, and he’ll have to just how far he’s discover willing to go to satisfy his desires before he can heed the Call of the Night!

At the time of this writing, the trailer for Call of the Night has earned 5.4 million views since its debut on YouTube in November, 2021. Animated by LIDENFILMS (Blade of the Immortal, Kotaro Lives Alone, Tokyo Revengers), Call of the Night is directed by Tomoyuki Itamura (Puella Magi Madoka Magica, The Case Study of Vanitas, Bakemonogatari). Michiko Yokote (Teasing Master Takagi-san, Cowboy Bebop, Bleach) penned the series’ script. Character designs are provided by Haruka Sagawa (key animator for Love, Chunibyo and Other Delusions, Nichijou and Kill la Kill).

Call of the Night will premiere exclusively on HIDIVE during the Summer 2022 simulcast season, with a home video release to follow. 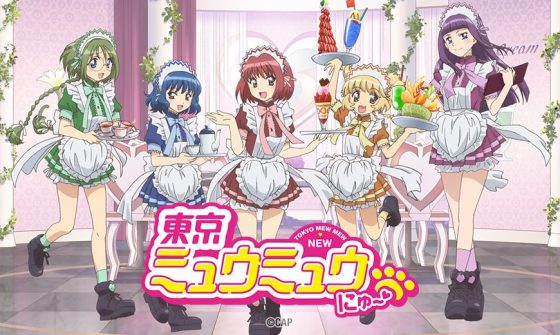 Sentai announced today that it acquired exclusive rights to TOKYO MEW MEW NEW, the latest anime adaptation of the beloved mahou shoujo (AKA magical girl) manga series written by Reiko Yoshida and illustrated by Mia Ikumi. TOKYO MEW MEW NEW reboots the iconic franchise and commemorates the manga’s 20th anniversary. The series will premiere exclusively on HIDIVE in Summer 2022 to audiences in select countries around the world (excluding Asia).

The scientists of the μ(Mew) Project use DNA of endangered species to create a team of heroines imbued with amazing super-human abilities. One of them, Ichigo Momomiya, awakens to discover she is armed with all the skills of a Iriomote cat. Ichigo must band together with other Mew Mew girls to repel an alien incursion, all the while hiding their thrilling double lives from friends and family.

TOKYO MEW MEW NEW will premiere exclusively on HIDIVE in Summer 2022 with a home video release to follow.