Another Round For the Persona Users

Fighting game aficionados, lend us your ears for a moment! The amazing Persona 4 Arena Ultimax returns now for modern consoles to return the beloved Persona crew back to the ring! Whether you’re a die-hard Persona fan or just a fan of incredible 2D fighting games, Persona 4 Arena Ultimax has a little bit of everything for you! Choose your Persona user and enter the world of the Midnight Channel once more and figure out why some strange doppelgangers are running amok in a world that should have been kept quiet… 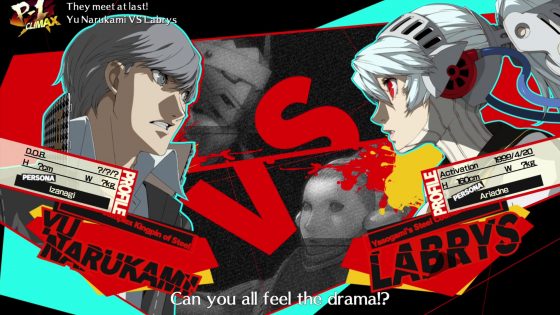 Utilizing the Persona 3 and 4 cast—as well as some game-only original characters— Persona 4 Arena Ultimax is a 2D fighter that will test your combo skills and see if you can unleash your Persona while laying down a good ole fashion beat down! Choose between 21 characters, each with their own Personas and/or special abilities waiting to be unleashed. Play through a lengthy campaign mode which has the Persona worlds collide as a tournament appears within the deadly Midnight Channel! If you want to just focus on fighting, play either online or against a friend IRL to see who the better fighter is! Even Persona fans who only know the glory of the JRPGs will love Persona 4 Arena Ultimax as it caters to both fighting game veterans and those who want to use only simple combos! 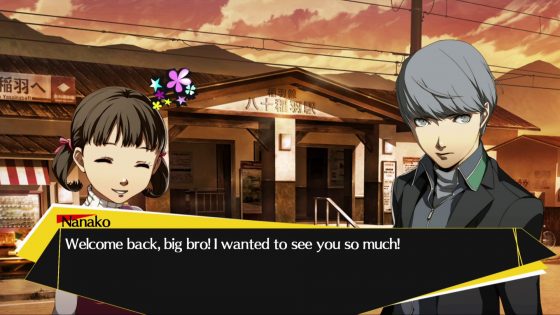 Not long after the events of Persona 4 Arena, the P1 Grand Prix has wrapped up only for the Midnight Channel to reveal yet another bizarre series of images for an alleged P-1 Climax tourney! With their new friends in danger, Yu and his team dive back into the combat-heavy world of fog to see if they can stop this strange General Teddie and see what is transpiring in this deadly shadow-filled landscape. Yu and his allies will need to hurry though as once again, Inaba is being threatened by the shadow world and leaking into the realm.

Arc System Works is known for producing some of the finest fighting games in all of the land as evident by their titles such as Guilty Gear, BlazBlue, and Dragon Ball FighterZ. Back in late 2012, Arc System Works teamed up with another legendary team in the form of ATLUS to fuse their fighting game chops with the beloved Persona franchise. From this, Persona 4 Arena was born and fans of fighting games—and obviously Persona—were all too happy to see who would win in a fight, Yu or Akihiko! A sequel in the form of Persona 4 Arena Ultimax was made a year later with even more characters and a new story mode for those who were itching for the Persona users of old to return!

Now in 2022, Arc System Works alongside ATLUS and SEGA have decided to bring Persona 4 Arena Ultimax to the modern consoles—kind of—with a PS4, Nintendo Switch, and PC port of the original game. Does this amazing fighting game still hold up nearly a decade later or have the Persona users aged ungracefully? Let’s Find out in our review of Persona 4 Arena Ultimax for the PS4!

If you somehow missed out on the original Persona 4 Arena/Ultimax and want a speedy crash course, here it is. Persona 4 Arena Ultimax stars the entire Persona 4 main investigation team and several Persona 3 characters as they find themselves thrust into a fighting arena. The goal, stop this newest shadow threat and save their new allies! The challenge though, surviving a world filled with shadow versions of our heroes all itching to lay down a pummeling! Persona 4 Arena Ultimax has two ways to play a story-themed narrative. Go through the arcade mode with your chosen character and/or play through two decently long campaigns where you swap between various fighters and witness the tale of Persona 4 Arena Ultimax.

What we adore about Persona 4 Arena Ultimax is the fact it was made for fans of both the JRPG series and fighting games. Regardless of the character you choose—of which there are 21 of them—they all can be handled easily with simple auto combos and even simpler button combos. Fighting game players will be happy to know that there is a deep system of fighting mechanics in Persona 4 Arena Ultimax such as cancels, juggles, and fluid-specific combos for each character. Grapplers will no doubt love Kanji and his tackle/grapple heavy moves all while those who like speedy air/land combos will fall in love with Yosuke. Playing with each character is one of the best parts of Persona 4 Arena Ultimax and we can’t deny we still have no clue who our favorite is!

Aside from the deep fighting mechanics, Persona 4 Arena Ultimax isn’t just your typical fighting game. Each Persona user is able to use their character-specific Persona which can add special attacks and counters. The catch though is Personas can be attacked and if they get hit too many times the player is unable to summon them for several seconds. This can change the course of a battle as you will find yourself unable to use some special attacks and also will lose precious combos. There are also shadow versions of most of the characters and while they can’t summon persona, they have their own special combos that rely on activating their shadow powers and abilities. While there might only be 21 characters in Persona 4 Arena Ultimax we almost feel like the shadow versions are their own entities making the list grow to almost double!

Now we know some of you might worry that even with the simple controls and mechanics, Persona 4 Arena Ultimax might be impossible for you. Thankfully, developer Arc System Works came to the rescue by allowing you to have auto battles on for the story-related components. The story mode alone is a nice sizable amount of content so if you just want to enjoy the story, you can do so without feeling pressured to learn how to pull off an air-raising slash with Yu and then combo into a ziodyne attack!

Unfortunately, we were unable to test out the netcode for Persona 4 Arena Ultimax as we didn’t find any players online—which could be due to our early release access—but we have high hopes that Arc System Works utilizes similar network access found in the original games. Those titles played extremely well online and very rarely had issues aside from opening lag that disappeared the moment the fight began! 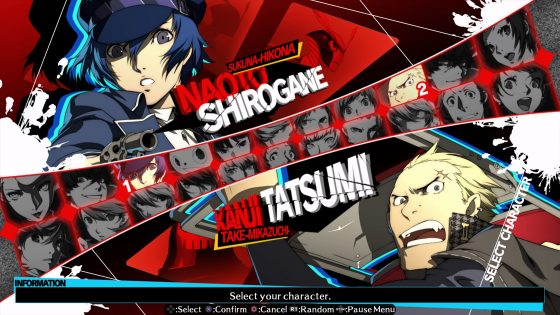 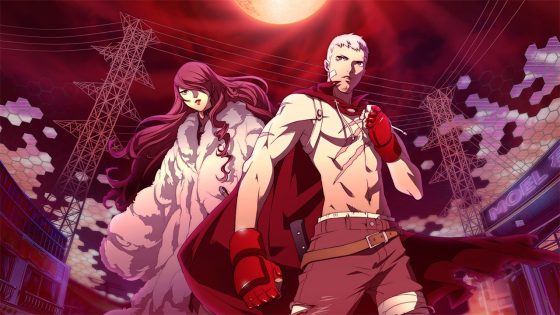 Don’t fix what isn’t broken, that doesn’t just apply to your various everyday tools/gizmos but also to a great fighting game. Persona 4 Arena Ultimax is just that, a solid fighting game that does what a lot of fighters can’t: stay accessible to both veteran fighting game players and newbies who just want to enjoy a good Persona story and maybe go a few rounds. While this port is bare-bones as it doesn’t add or subtract anything from the original, we wish some minor tweaks would have been made or added but for the low price of admission, we aren’t going to complain too much!

Are you readers going to grab Persona 4 Arena Ultimax when it drops later this month? Let us know down in the comments!

Hey everyone I’m Aaron Curbelo or Blade as I’m called by my YouTube Subscribers. I’ve been an anime/manga fan since I was a young kid. In terms of anime I have watched nearly a thousand shows and have read hundreds of manga series. I love writing and honestly was so happy to join Honey’s Anime to get a shot to write articles for such a wonderful site. I’m a firm believer in respect in the anime community being the most important embodiment we should all have. We all love anime and we have varying opinions of series but we should respect one another for those differences! Life is too precious to spend it making needless arguments in a community that should be the shining example of loving an amazing medium. I hope as a writer for Honey’s Anime I can bring you folks some amazing articles to read and enjoy!