Among the genre of VRMMORPG novels, She Professed Herself Pupil of the Wise Man presents an interesting world shaped by the players in its past. The main character, Danblf, transforms into a young girl and journeys through a changed world set 30 years later. ANN spoke to the novel author Hirotsugu Ryusenas well as director Keitaro Motonaga and screenwriter Takamitsu Kouno about how they brought the virtual world to life.

(For author Hirotsugu Ryusen) The protagonist enters the game world only to realize that many years have passed within the game. What inspired this part of the story’s premise?

RYUSEN: I like pure fantasy, but I also like it when modern technology has been arranged in a fantasy-like way. As I was thinking about how to create a setting where it wouldn’t be strange for those elements to exist, I took inspiration from other novels I was reading at the time. I thought it would be neat to create a time skip and make the former players, who already possess modern knowledge, accomplish various feats ahead of time.

Also, because of the influence of those players, special modern words have spread throughout society in those 30 years. It gave me some looseness to play with words to an extent.

The novel explains the VRMMORPG setting in a lot of detail. What was your approach to creating the world?

RYUSEN: The foundation was built on the MMORPG I was engrossed in at the time. By referring to the knowledge and experiences I accumulated from that MMO, I was able to work out my ideal world for a game. I’ve also enjoyed creating worlds for a long time. I note down the details of a fictional game when I think of them, and when I combined them on this opportunity, this is what I got.

Are you the kind of writer who begins thinking about the world or the characters first?

RYUSEN: If I had to say, I suppose I start with the world… My ideal world. The people who live there. And the characters who stand out among them. I suppose that’s how it goes.

What is the appeal of young girls who refer to themselves as “washi”?

RYUSEN: I wonder, indeed… When I think about it, I never actually considered what was the appeal. I was just drawn to it hazily. I don’t quite get it, but I like it. That can happen, right? 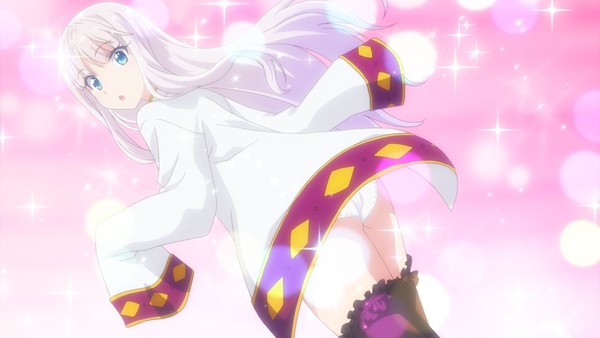 (For director Keitaro Motonaga) Regarding the depiction of the VRMMORPG world, did you use any existing MMORPGs or other games as references?

MOTONAGA: I tried out a few titles my friend recommended to me and used them as references. For the things I referenced inside the game, I made sure not to make the resemblance too strong.

What sort of things did you keep in mind in order to depict Mira’s cuteness?

MOTONAGA: I didn’t want her to just be cute. Since she used to be Danblf, I kept Danblf’s movements in mind, like how she carries herself when she stands. For example, she puts her hands on her hips or crosses her arms. Through those Danblf-like mannerisms, I tried to show Mira’s cuteness.

How did you decide on the worldview of the anime? What kind of directions did you give to the art director?

MOTONAGA: That’s a secret! (laughs) Anyway, I wanted the world to look beautiful, with a crisp and clean air. I asked him to be conscious of beautiful European streets and the World Heritage sites, and to capture the vibes around those places. That’s all I asked for. 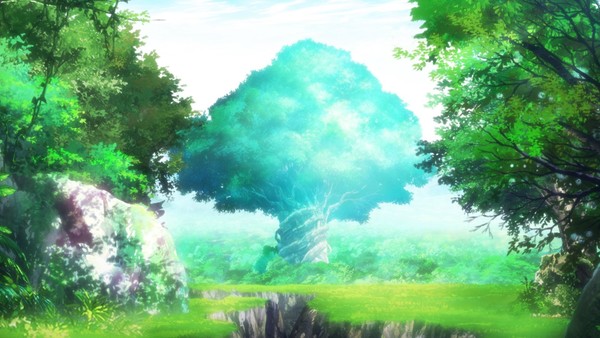 What inspired the montage at the end of episode 1?

MOTONAGA: I wanted to make Mira’s signature line “I am cute” (said with an old man’s first-person pronoun “washi”) stand out. I wondered if there was a way I could express it, and the montage was what I came up with.

That wasn’t the only thing, of course. Like I mentioned before, I asked the art director to convey the vibes of beautiful European streets. By not having any spoken lines, we could show off the world and its atmosphere.

(For series composition writer Takamitsu Kouno) What was your first impression of the original work?

KOUNO: I thought it was wonderful. What makes it outstandingly original is that it’s a game world where the existing skills, magic, towns, and kingdoms have all been shaped by the hands of players. I also think it’s great how the story is based around the actions of the protagonist Danblf/Mira.

What did you keep in mind this time when writing the script?

KOUNO: The protagonist Mira is a beautiful and lovely girl. However, she was originally the dignified wise sage Danblf. And behind that is a player acting out a role. What was the best way to depict this amusing, peculiar, complicated, and mysterious figure? That was the first thing I turned my attention to. Specifically, I took care not to make Mira exhibit “girlish” mannerisms, words, or actions.

When the player is presenting himself as the wise sage Danblf, he is taking care to roleplay in a dignified manner. That doesn’t change even when he turns into Mira. That’s why the biggest thing I kept in mind when writing the script was how to act out Mira. 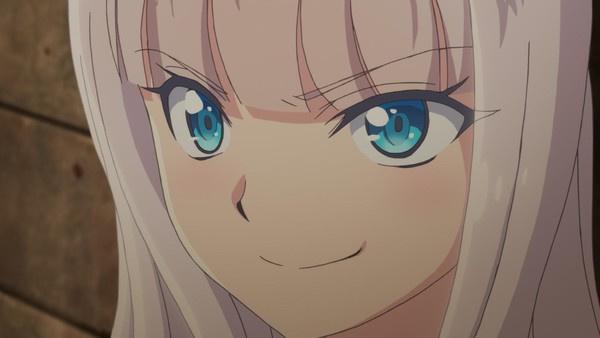 How did you balance the amount of information in the novel with the action? The series also has a lot of characters, so what did you keep in mind to make each of them stand out in the anime?

KOUNO: The amount of material you can cover in 12 anime episodes that are 20 minutes long is limited, no matter how you slice it. Because of this, we consulted with the original creator’s side at the script meetings in order to decide on the most absolutely essential information and scenes to prioritize. In order to ensure that the numerous guest characters have impact in the anime, we took care to depict not just their dialogue but also to give them action that leaves an impression.

Which characters did you particularly enjoy writing the lines for?

KOUNO: I especially enjoyed writing Mira and Solomon’s interactions. Before Mira became known as one of the nine sages or Solomon established the kingdom of Arkite, they were both friendly in the real world. That makes their conversations very amusing. Even though they’re in the dreadful situation of being stuck in a game world, I think the fact that Mira, Solomon, and the others can smile through it all is rooted in how they’ve stuck together through thick and thin. Through their conversations, I depicted them as not just game friends, but as real-life friends.

She Professed Herself Pupil of the Wise Man is streaming on Funimation.