In the four years since it first aired, DARLING in the FRANXX has had an unexpected long tail. According to Google Trends, the show experienced a second spike of interest around December 2020, possibly due to the TikTok boom. this year, Kentaro Yabuki‘s manga adaptation got its English release, which has reportedly been doing very well for Seven Seas Entertainment. And even to this day, production studio CloverWorks Regularly gets spammed with requests for a season 2 on social media.

The anime has also inspired a creative legacy in places you might not expect. Iron Widow by Xiran Jay Zhao is a 2021 New York Times bestselling Young Adult novel that cites DARLING in the FRANXX as an inspiration in the acknowledgments. The story is a science fantasy reimagining of China’s only female emperor Wu Zetian’s rise to prominence in a patriarchal society, where boys and girls pilot mechs together in a decidedly unequal arrangement. (More often than not, the girls wind up dead.)

If you aren’t already familiar with this book, the author has a helpful plot synopsis on their website specifically tailored for anime fans: 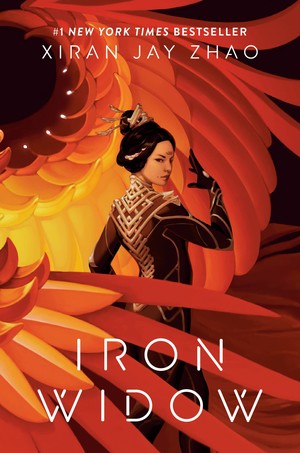 Under siege by monsters beyond the Great Wall like that shitty Matt Damon movie, except for the monsters are Cybertronian-like sentient machines, a society that has the fashion, social customs, and beliefs of Ancient China but futuristic tech fights back by pulling a Neon Genesis Evangelion and rebuilding their very invaders into giant mecha. A boy-girl pair in their teens, because of course they have to be teens, pilot the mecha DARLING in the FRANXX style, except in a much more sensible position (he hugs her from behind). Under command of human pilots, these mecha take on forms inspired by East Asian myth creatures and transform like Transformers through Digimon-esque evolution lines that get more humanoid as you go on. The pilots physically embody them, so it’s more Attack on Titan rules than Gundam. Oh, and they blast qi attacks, so the battles honestly read like a bunch of furries engaged in a Dragon Ball Z fight, and that’s no one’s fault but mine.

Zhao has been a devout anime lover for years; They were first inspired to write stories seriously thanks to a friendship they made at an anime convention. Much of their online presence is dedicated to Yu-Gi-Oh!, their favorite series. Their feelings towards DARLING in the FRANXX, on the other hand, are mixed. The first half, they say, is a brilliant exploration of adolescence using mecha as an allegory, but the second half… not so much.

“Why couldn’t we have gotten a straightforward rebellion story?” Zhao lamented. If there’s one thing that stands out about FRANXX in retrospect, it’s that its second act is distinctly unfocused. The plot stalls and sputters before racing to a jumbled conclusion. The story, at least for Zhao, was too abstract to remain invested in.

“The show dazzled me for sure but ultimately didn’t go the direction I wanted it to, which motivated me to write my own take on the basic premise of mechas with boy-girl paired piloting systems,” they told me. “Me rooting my story heavily in Chinese culture was also partially inspired by the use of the Jian, or wing-sharing birds, as a motif in FRANXX—it’s a Chinese myth creature, after all!” 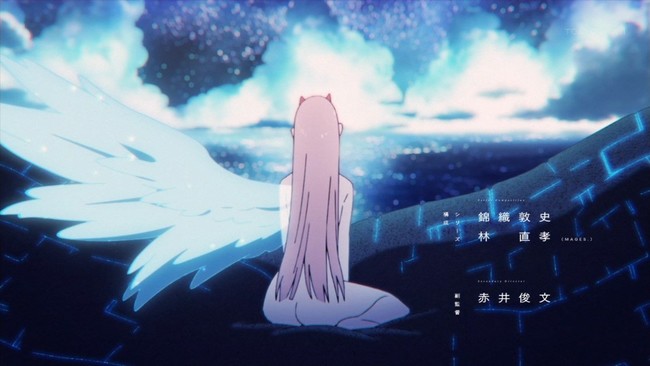 That’s where Iron Widow‘s plot similarities to FRANXX end. Zhao took only the core setup in order to write their own story laser-focused on deconstructing the patriarchy. This part wasn’t particularly inspired by FRANXX or any frustrations with it so much as the wider world we live in.

Although some anime viewers have expressed criticisms about FRANXX‘s handling of gender and sexuality, Zhao said they don’t have any major objects to FRANXX, commenting that the themes made sense within the scope of its narrative. “I thought it was a neat allegory for how adults try their hardest to hide [sexuality] from children,” they remarked. “Even the blatant fanservice made sense in the context of its world, which was part of what impressed me.”

Iron Widow, on the other hand, is fundamentally different in that the teenagers are aware of sexuality, but girls are disproportionately shamed into not acknowledging it exists. The presentation is less metaphorical and instead more direct, more confrontational. The heroine spends much of the book angrily objecting to the double standards she perceives. “I wouldn’t say one [style of worldbuilding] is better or worse,” Zhao said. “I did what I personally wanted to see in a story with a boy-girl piloting setup, which isn’t for everyone.” 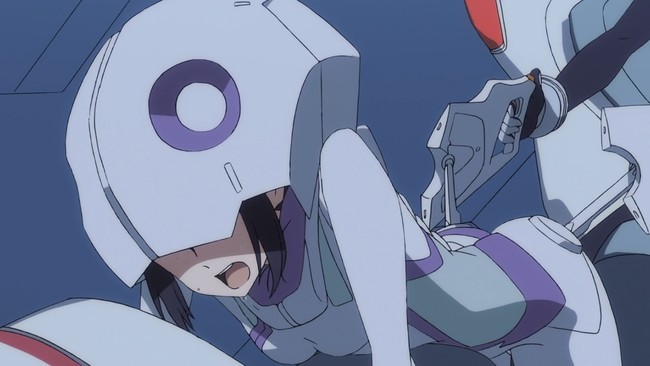 Speaking as a humble reader, I found Iron Widow addictive It scratched an itch that I didn’t even realize I had in me until I read it: a desire for larger-than-life anime energy combined with cultural perspectives that don’t often get represented in Japanese anime itself. Reading Iron Widow did not make me think less of DARLING in the FRANXX or any of the other anime that influenced Zhao as an author; Rather, it made me excited for the evolving possibilities in global anime-inspired narratives.

Zhao told me that they initially had trouble publishing Iron Widow because not many of the publishing gatekeepers they dealt with really “got” the anime-esque elements. But there are definitely more YA authors these days who are loud and proud about being anime fans. To name some other recent examples, Tochi Onyebuchi pitched his Afrofuturist novel War Girls as “Gundam in Nigeria,” while Amie Kaufman and Meagan Spooner cite Hayao Miyazaki as the inspiration for the world of their genre-bending fantasy/sci-fi novel The Other Side of the Sky. YA is getting more anime-like by the day.

For all the aspiring authors out there, I asked Zhao for some tips. Here’s what they had to say: “Write with direction and purpose. Even when plotting, figure out the first ending so you always know where the story is heading and don’t get stuck meandering in the middle (those are always the hardest, aren’t they?). Also, give at least a little bit of thought to the market side of things. I know no creative likes to do this, but if you want to make money off your creations, you do need to be aware of target audience and such. Who would want to buy your book and why? You should have some specific answers in mind.”

Meanwhile, Zhao isn’t stopping anytime soon with the anime love. They recently published their second book, a middle-grade novel called Zachary Ying and the Dragon Emperor, which tells the story of a Chinese American boy who encounters the First Emperor of China and must battle opponents in an AR game across China in order to rescue his mother. For those of you wondering, yes it’s basically Chinese Yu-Gi-Oh!. This one’s for you, Anime News Network readers.