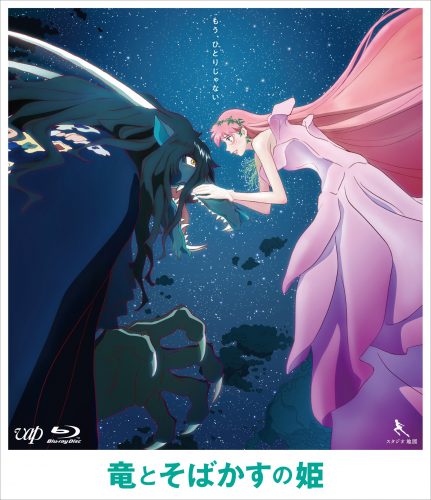 Mamoru Hosoda is a Japanese anime director from Studio Chizu. From the 2006’s The Girl Who Leapt Through Time to the recent 2021’s Belle, he has created numerous anime movies that received accolades from both audiences and critics alike. Not only that, movies like Wolf Children and Summer Wars have also become the staple in any “Best anime movies” list. Similar to how legendary director Hayao Miyazaki likes to add elements of magical realism and environmentalism into his works, Mamoru Hosoda also has some elements of science fiction and family drama in the majority of his film. Speaking of common threads between his films, two titles stand out from the rest, Summer Wars and Belle. Both films feature stories that glide freely from the real world and the digital world. So how does Mamoru Hosada tell such a parallel story?

The Stories of Summer Wars and Belle 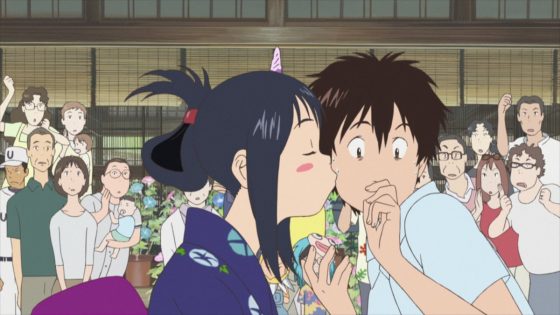 Before we talk about how it happened, let’s talk about what are the stories of these two movies first. Summer Wars tells the story of Kenji, a boy who is proficient in math, and Natsuki, a girl who drags him to meet her big family as her fake boyfriend. As the family deals with all sorts of problems leading up to the 90th birthday of Natsuki’s grandma, the virtual world called OZ is under attack by a rogue AI called Love Machine. Apparently, OZ’s supposedly unbreakable security is accidentally cracked by Kenji who thinks he simply works on a brain teaser. So now, Kenji has become the prime suspect in the whole chaos. Belle, on the other hand, is a reimagining of the iconic beauty and the beast story. It is a story of a shy and awkward girl named Suzu as she tries to go through her mundane high school life. Suzu saw her mother drown when she was a child and that scarred her mind for life. She used to love singing together with her mother, but now she can’t even sing in front of other people. What most people don’t know is the fact that Suzu is active in a virtual world called “U”. There, she is a diva with a mesmerizing voice called “Belle” that can attract the attention of every user on the platform. On the other hand, there is another user in “U” known simply as “The Beast”, who is infamous for fighting against anyone who dares to stand in his way. Belle and The Beast will then connect in an unexpected way, and it will change their life, both in the real and virtual world, forever.

The first and foremost thing that Hosoda did whenever he was telling a parallel story is to make sure the viewers knew that it is in fact a different storyline than what they’ve seen so far. The best and easiest way to do that is by actually presenting those storylines in a different visual style. In both Summer Wars and Belle, the stories that take place in the real world were animated in a traditional way, while still retaining that distinct Hosoda animation style. On the other hand, the digital worlds were mainly animated using CGI. In the case of Summer Wars, it is a hybrid of CGI and traditional animation, while in Belle, it is completely rendered in CGI to the point of making it look similar to the style of a western animation

One of the most important elements of a story is conflict. A problem or an adversary is needed in order to move the story along and to make the viewers feel more engaged with the story. Since each movie has two distinct story going, it also needs twolines to keep everything balanced and exciting. In Summer Wars, the conflict in the main storyline is about the 90th birthday of Natsuki’s Grandmother and all of the troubles and complications that happen leading up to it. As for the digital world, the main conflict is the rogue AI called Love Machine that wreaks Havoc within OZ’s system. In Belle, the conflict for the main storyline is Suzu’s struggle to cope with her traumatic childhood as she navigated the complicated life of being a teenager. As for the digital world, the main conflict is regarding the interaction between the Diva Belle and the infamous troublemaker, The Beast.

3. Varying Level of Pacing and Intensity

Another clever way that Mamoru Hosoda used to differentiate between the two distinct storylines is by varying the level of pacing and intensity. For both Belle and Summer Wars, the main storyline is a slow-paced slice-of-life story that tells the drama within a family or within oneself. On the other hand, the digital world of OZ in Summer Wars, and “U” in Belle are predominantly fast-paced action-oriented stories. Not only that, the events that happen in the digital world are generally much more intense than the most somber mood in real-life stories.

4. Alluding to The Other World

Now that every storyline from the different worlds has already been established properly, the time has come to connect the two worlds. In order to do that, Hosoda will let the characters in the real world allude to the events that happen in the digital world. In Summer Wars, several characters will talk about the rogue AI in Oz and how it could affect the real world. In Belle, the popularity of the diva “Belle” begins to permeate into the real world with Suzu witnessing her classmate singing Belle’s songs in the karaoke. Thanks to these, the viewers now realize that the characters in the real world truly care and are affected by what happens in those virtual universes.

To tie it all up together, the conflicts that happened in both the real and the virtual worlds will finally collide and demand an unified resolution that can solve everything at the same time. For Summer Wars, it is the chaotic situations that happen because of the mass account hacks done by the rogue AI The GPS has gone out of order, the traffic lights are nonfunctional, false emergency alarms all over the country, just utter chaos everywhere. Defeating the AI ​​from within the OZ itself is the only way to solve the problems. For Belle, it is Suzu’s desperation to find The Beast and the abused person behind the avatar that is in dire need of help. In the virtual world of “U”, the diva Belle is desperately singing and calling The Beast despite everyone’s jeers and protests. While in the real world, Suzu and her friends try to find the location of the user who controls The Beast based on what little footage they see during the brief stream. Finding and helping the real “Beast” is the only way to prevent The Beast from being totally exterminated from “U”, and also free Suzu from her trauma at the same time.

Every movie within Hosoda’s celebrated catalog deserves its own breakdown articles, but Summer Wars and Belle stood out from the rest due to their striking similarity. That being said, while Summer Wars cast a wider net in terms of premise and impact, Belle was laser-focused on the mind and hearts of certain characters. Needless to say, both are great and meaningful films that deserve to be watched by everybody. Have you watched Summer Wars and Belle? If you have, what do you think about them? Don’t hesitate to share your thoughts in the comment section below.